I’ve been wanting to get my hands on a camera stabiliser for ages now and today i’ve finally pulled the trigger and ordered one. I have a shoot coming up next week which involves a virtual tour of a house so it’s a great excuse to test it out while following someone around a house giving a piece to camera. 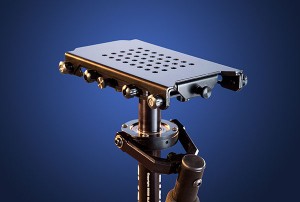 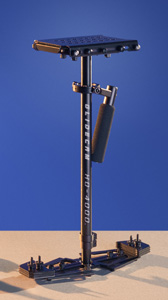 The system is rated up to 4.5kg so it should in theory be big enough to cope with the FS700.

Looks like I will need to strip the camera of it’s rig prior to flying as i think the combined weight of the camera and rig at the moment is around 5/5.5kg.

The Glidecam should arrive this coming tuesday – 1 day before the shoot so looks like i’ll be heading down to the local park tuesday evening to set it up and have a run around….I’ll put up a few initial shots next week.

I like the kit, it’s fairly simple to use and set up, seems pretty solid which is a good thing as i’m sure it will get a few dings along the way.

I shot the tour of the house piece to camera with this. I only had half an hour with the contestants of the biggest loser so i had to work quick. I put my Sony A77 on the Glidecam and hooked the contestants up to a wireless mic. I put the FS700 into a back pack and took the audio in that way. I have since bought the X-10 arm and vest for the Glidecam which i completely recommend as after 20 minutes using this kit without my arm felt like it was going to fall off…

G’day Guys
just wanted to drop you a note to say thanks for all your assistance yesterday.You did an outstanding job and the shots I’ve seen look amazing – thanks for your guidance and also your patience.
Would love to grab a coffee in the next few weeks to discuss more similar sports opportunities with us Sydney. Let me know if you’re around.
Cheers,
James